I was looking how to grow my own ginger beer plant. A true Ginger Beer Plant consists of a symbiotic relationship of a particular strain of yeast and a particular bacteria. This recipe is more of a yeast starter. Although there is the possibility that over time it may develop into a Ginger Beer Plant over numerous batches.

How to grow your own ginger beer plant (of sorts). Start the plant with:- 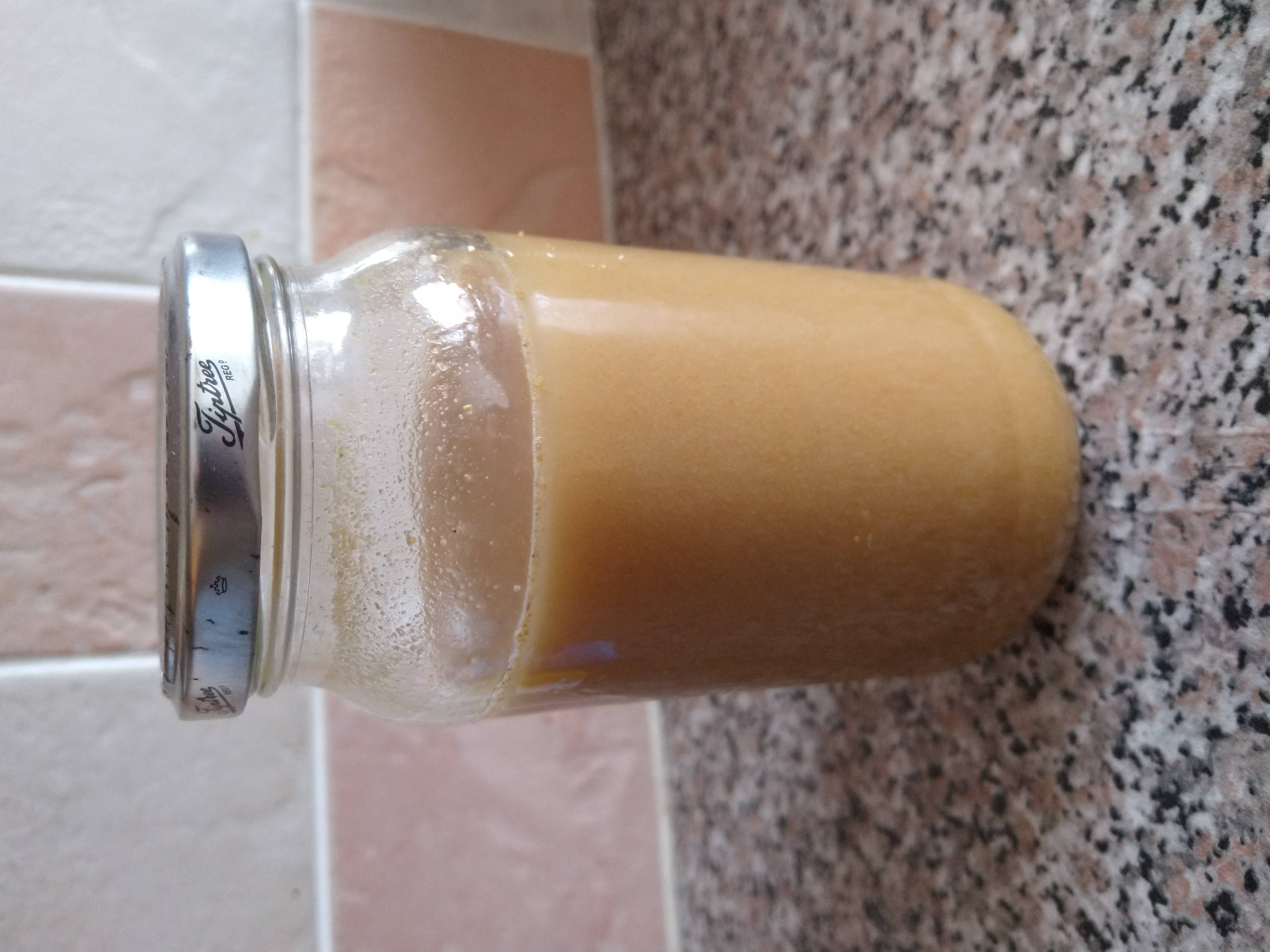 The Ginger Beer Plant in the Jar 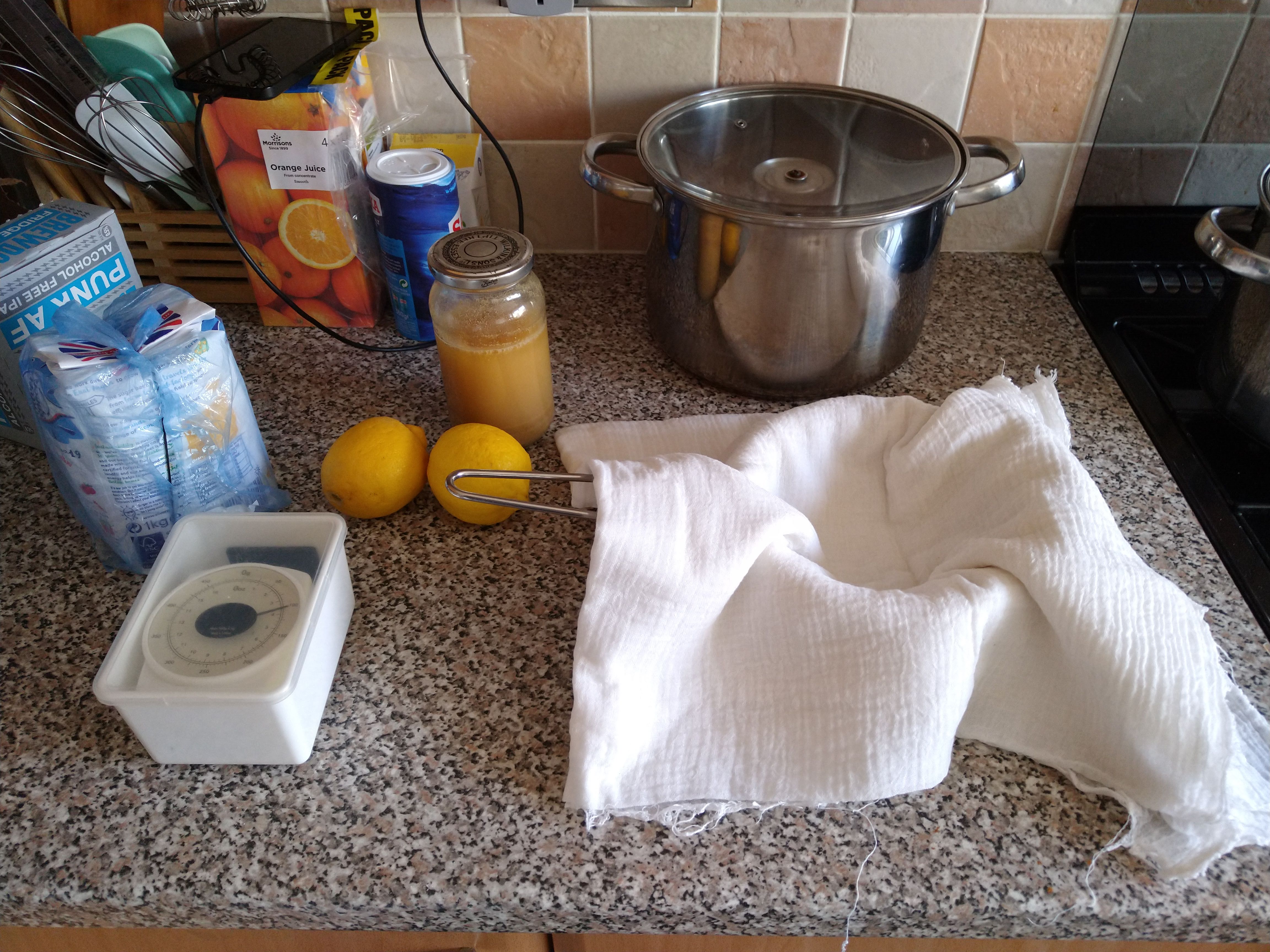 The Equipment and Ingredients

After 10 days use this concentrate to make up the drink. Take :-

Note that I modified the quantities here in later batches. See below. 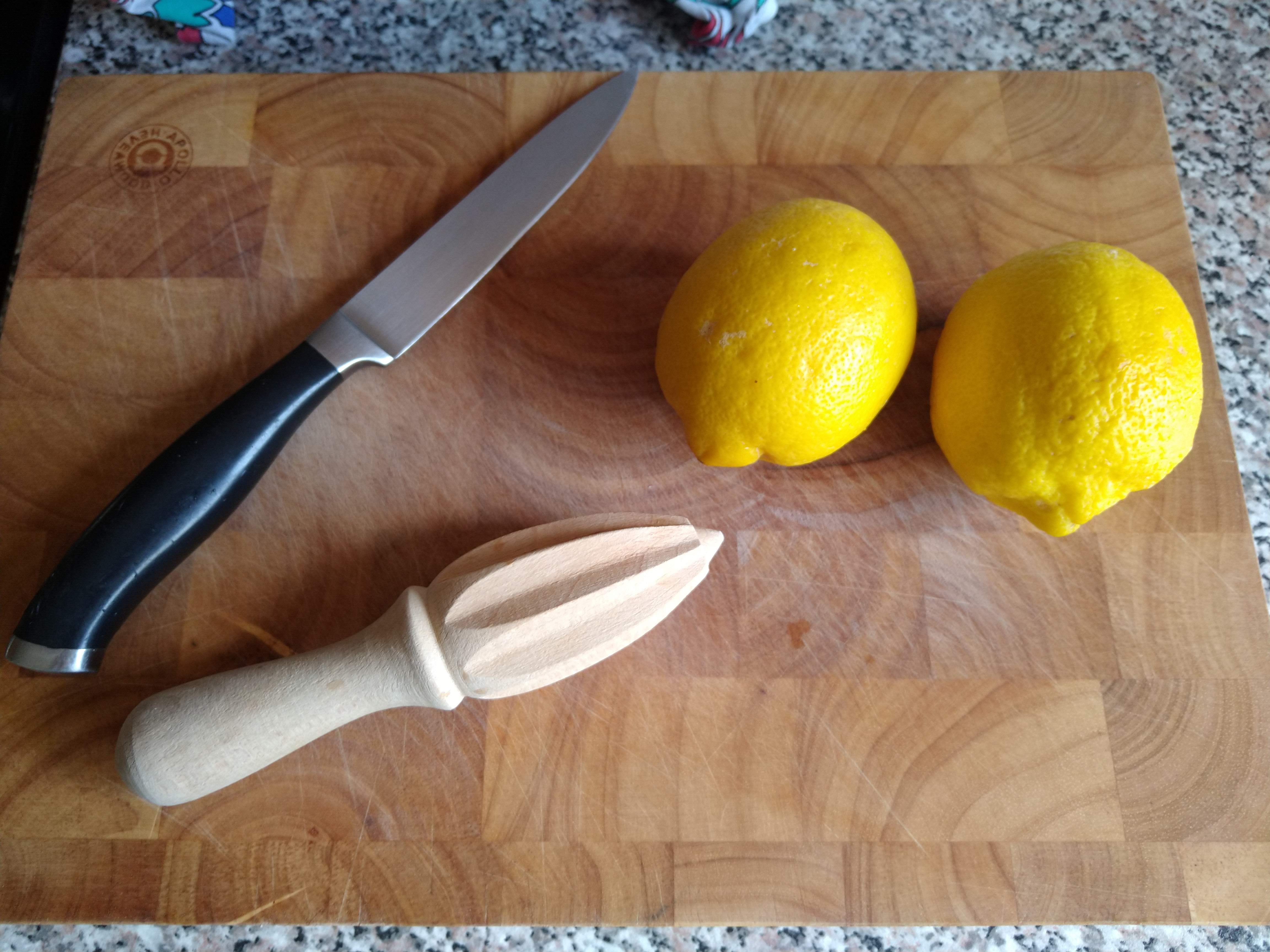 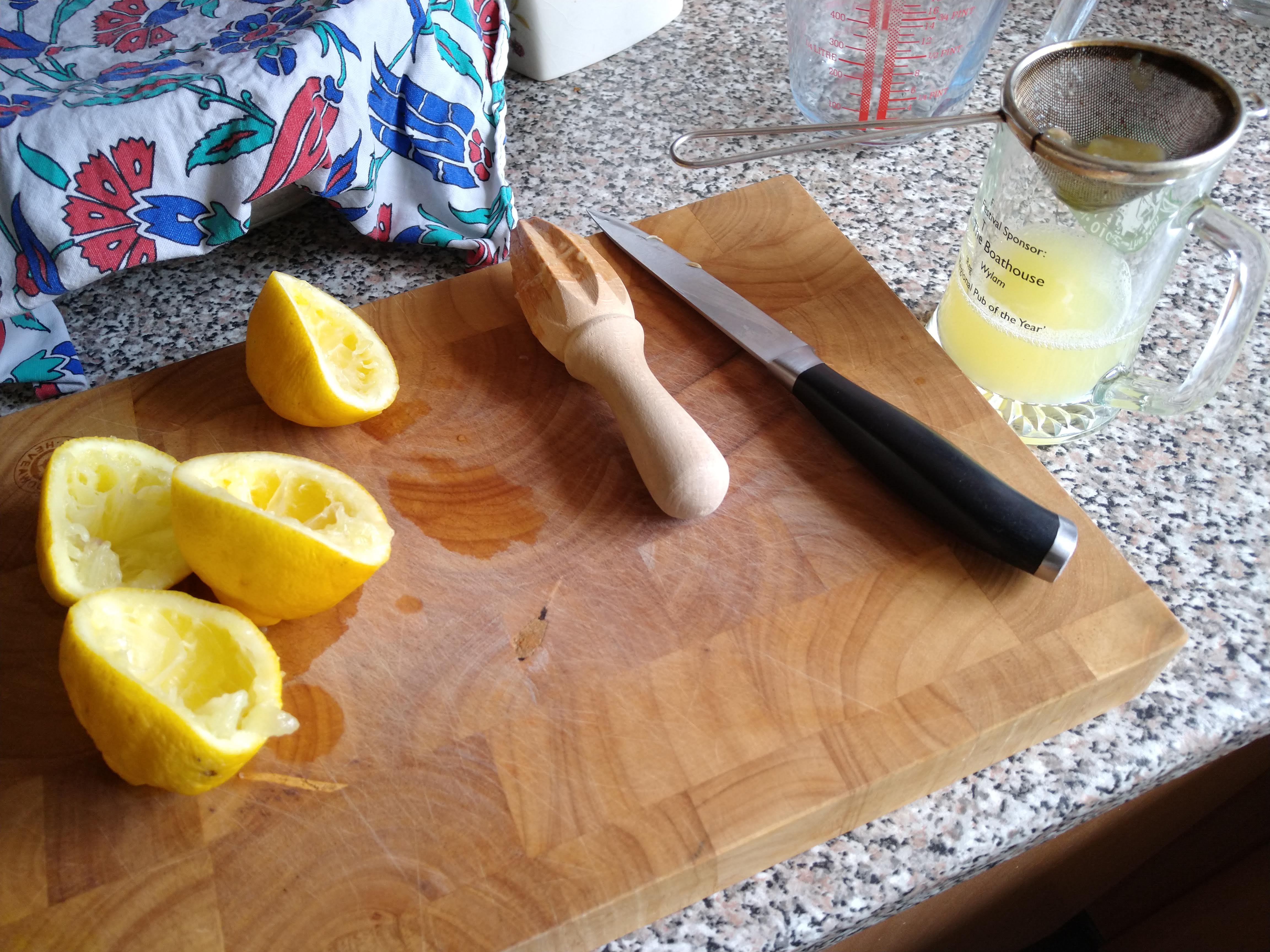 Dissolve the sugar in the 1 and 1/2 pints of water and bring to the boil. Allow to cool and then add the well strained lemon juice.

Strain the ginger beer plant very well using double thickness muslin. I used this Grade 90 cheesecloth folded over a couple of times. It takes a while to seep through. But you can also squeeze the bundle to get the last of the liquid out at the end. Leave the sediment to one side for later. 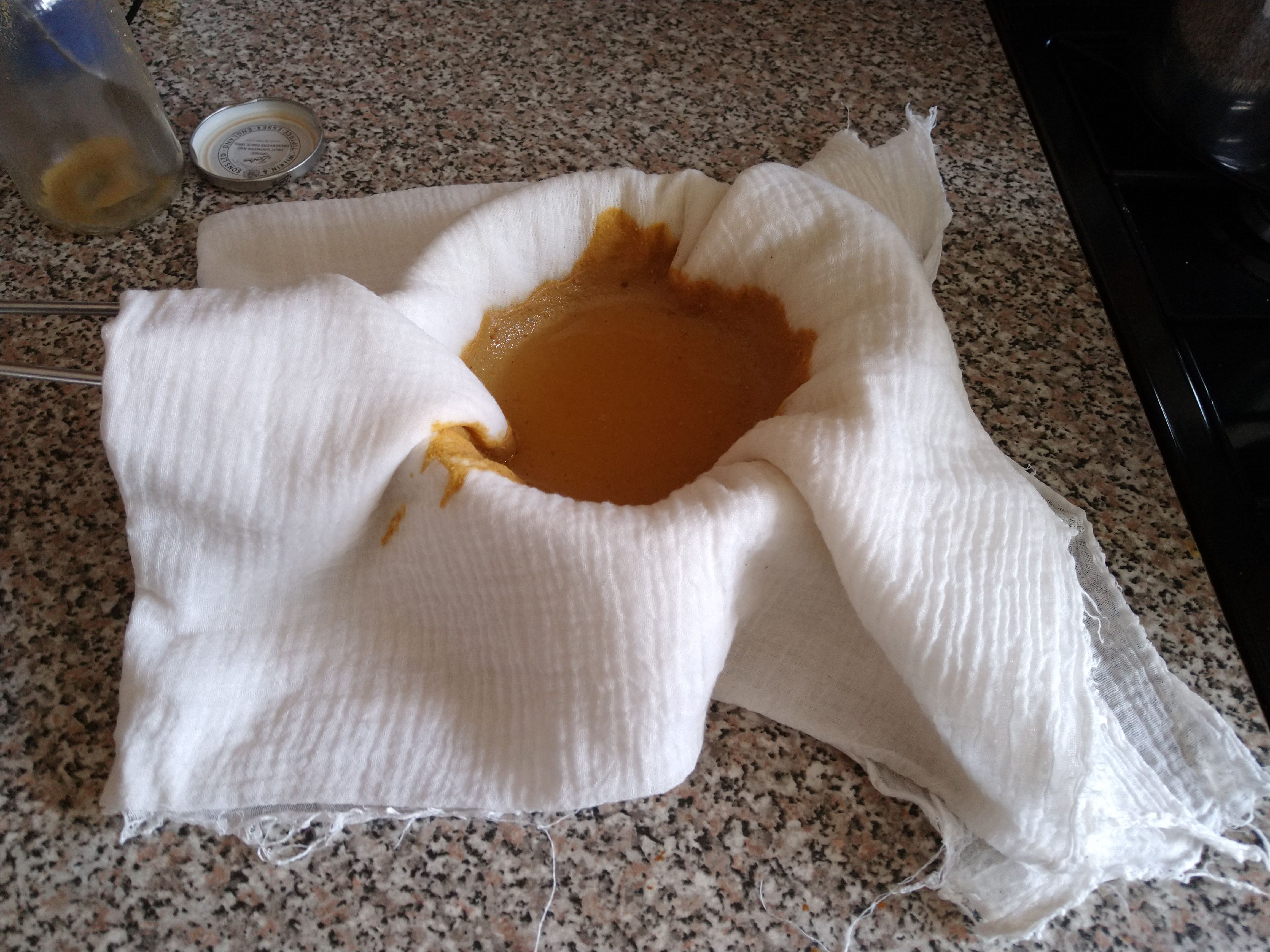 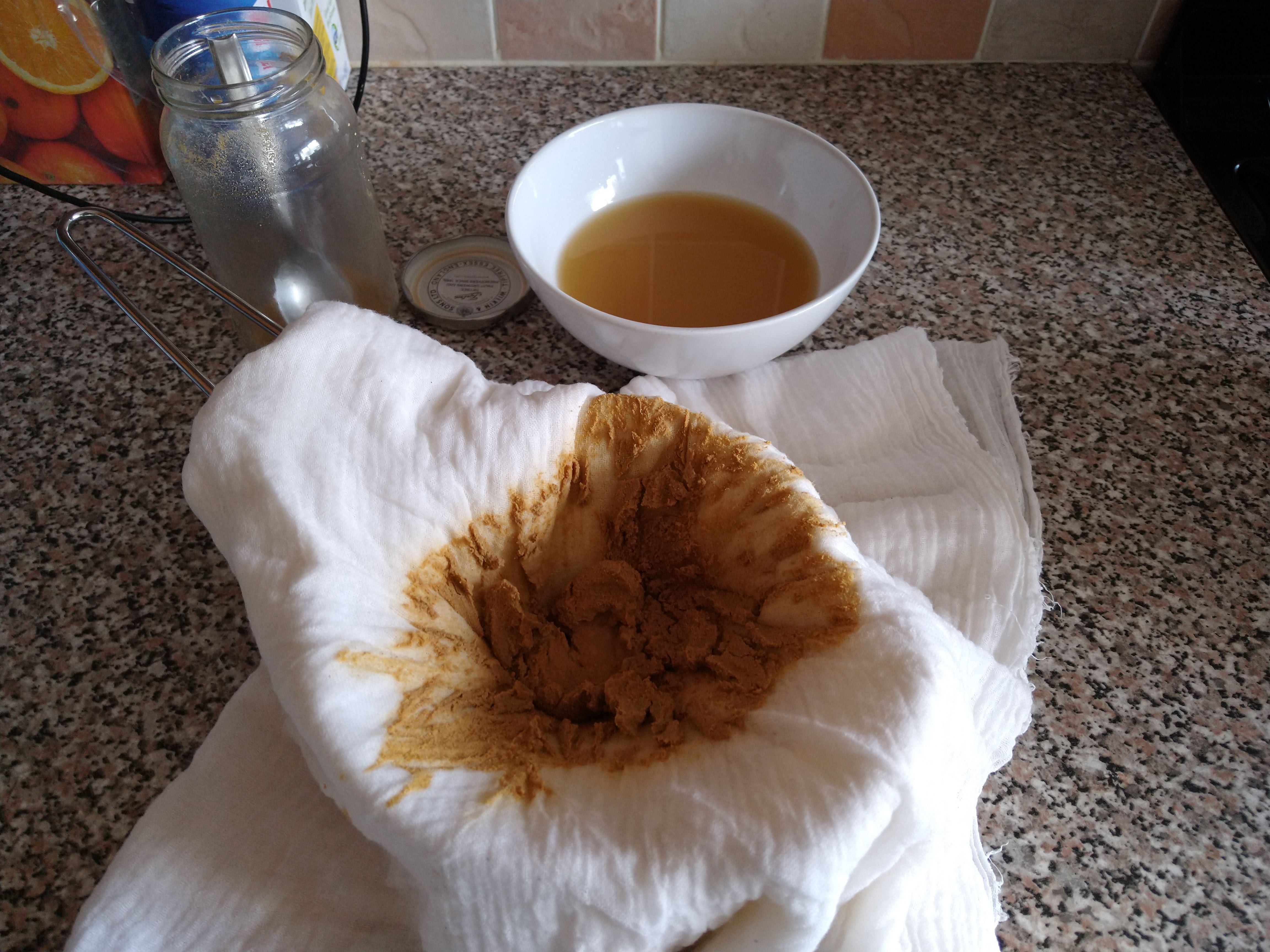 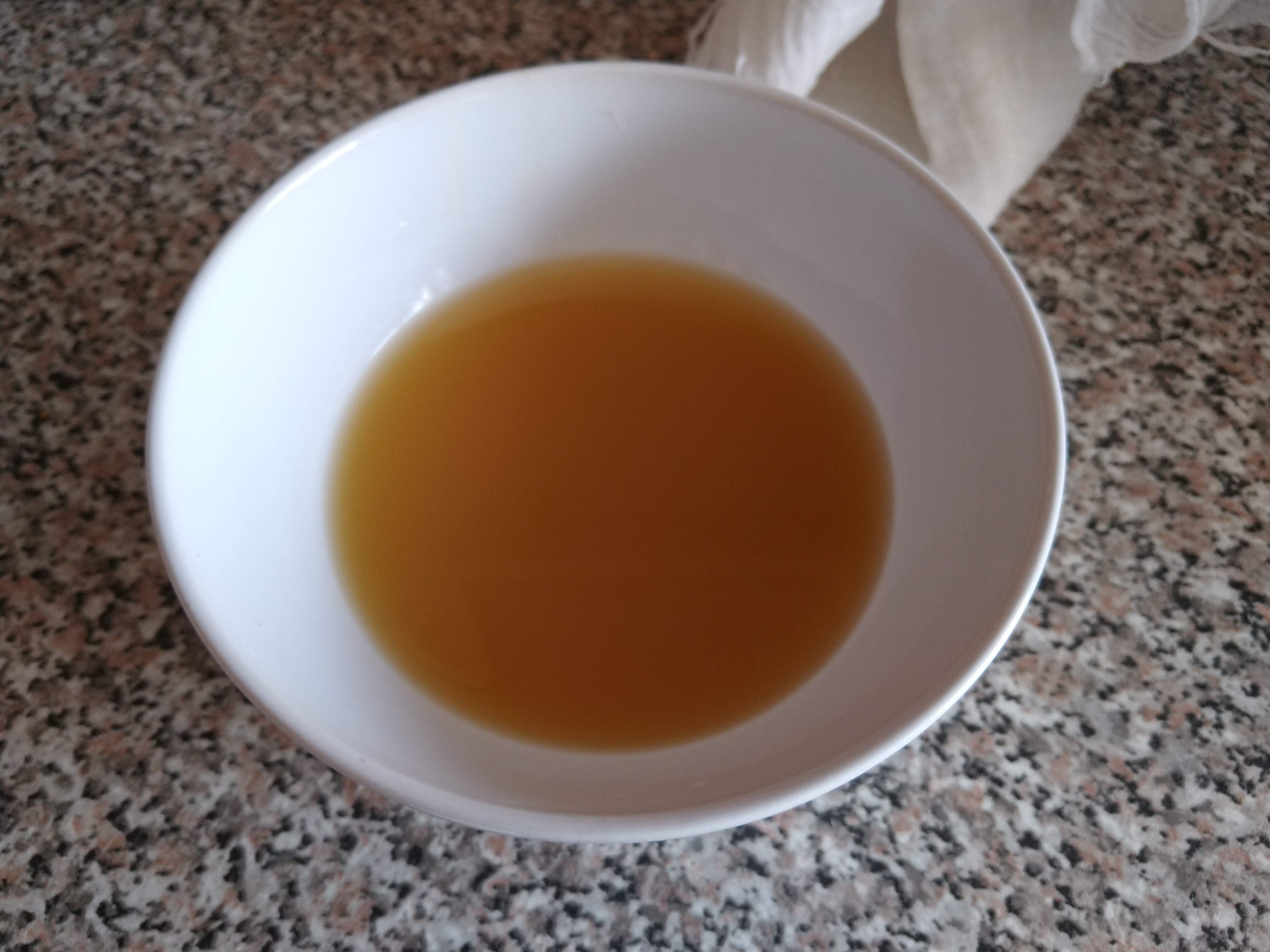 Add the liquid to the cooled mixture together with the 6 pints of cold water. 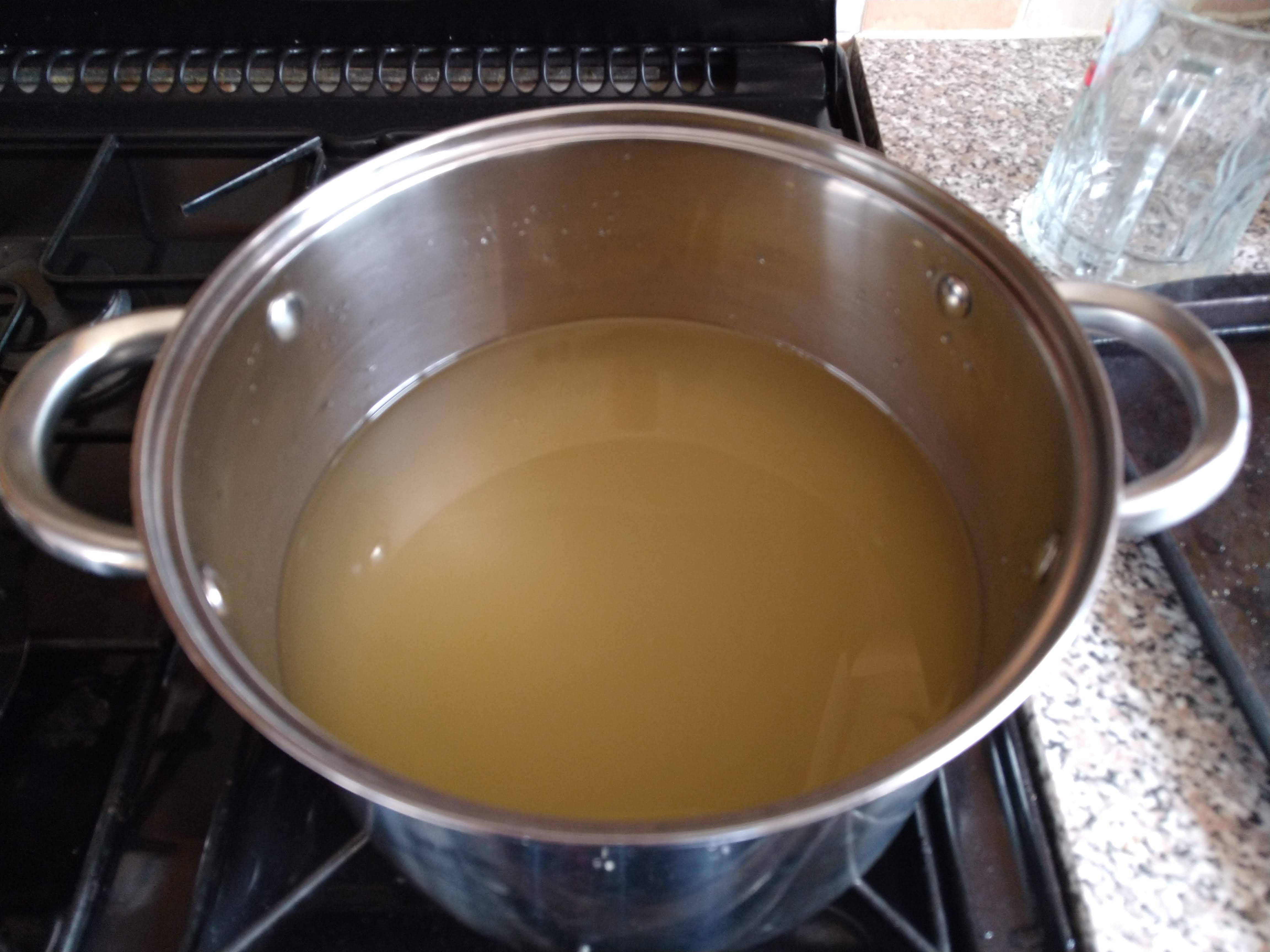 Stir well and then syphon (or pour using a funnel) into bottles. Do NOT fill to the top. Leave an air gap so that the gas can collect under pressure. 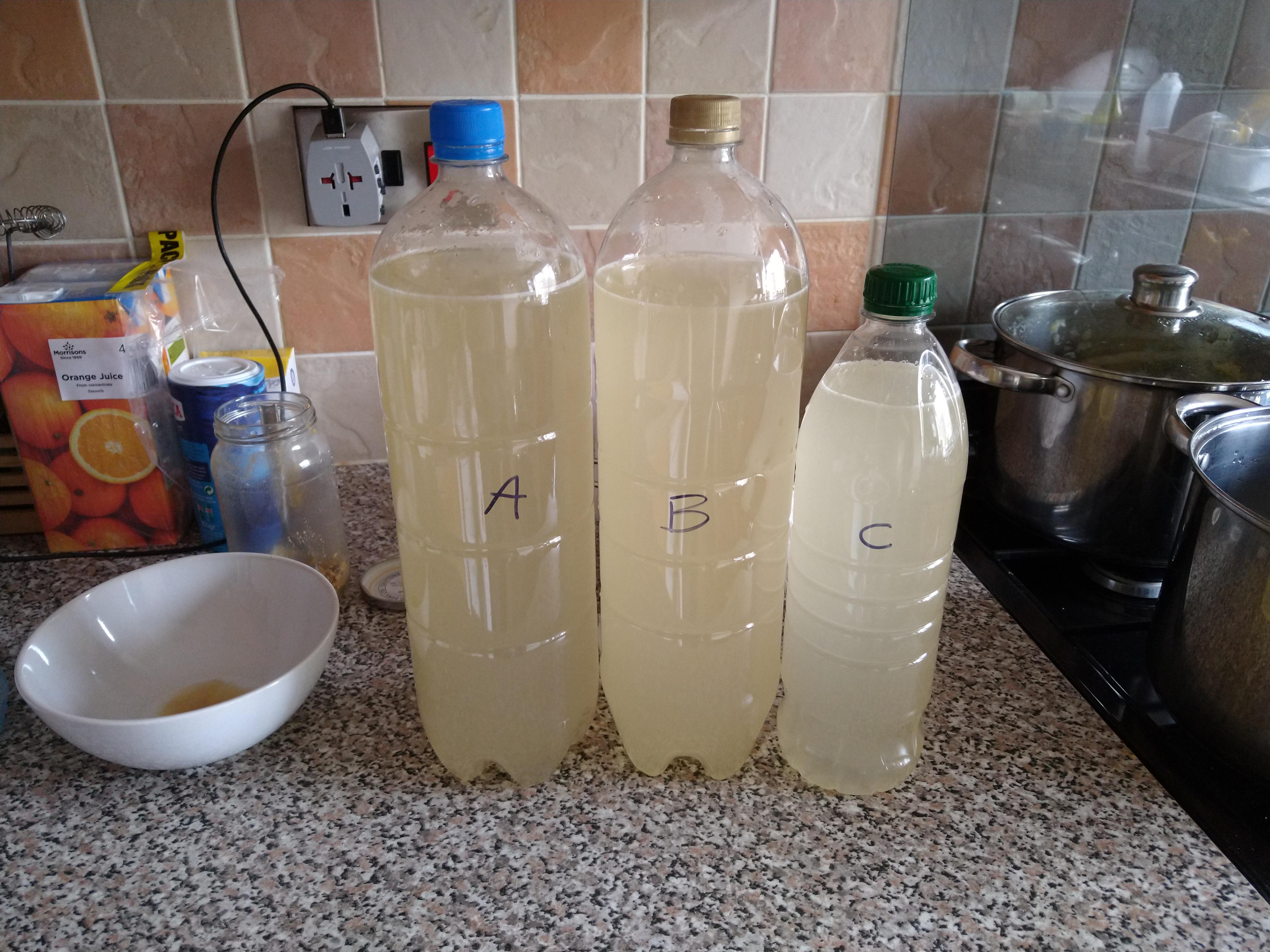 Leave the bottles somewhere cool for 1 to 2 weeks, ideally using plastic bottles as this allows you to check the pressure building by squeezing and to release excess gas by briefly unscrewing the lid. This is because there is still active yeast in the liquid which is using the sugar to produce the carbon dioxide which, under pressure in the bottle, makes the drink fizzy.

The remaining half can either be composted or placed into a new jar and a further plant started and shared with friends and family. The perfect(?) present!

Modifications to the recipe on new batches.

For the first two batches I followed the above recipe exactly. Two 2 litre plastic pop bottles were used to contain the drink, and chilled in the fridge after a week prior to drinking. It had built up a nice level of fizz by then and was very refreshing to drink on a sunny day. 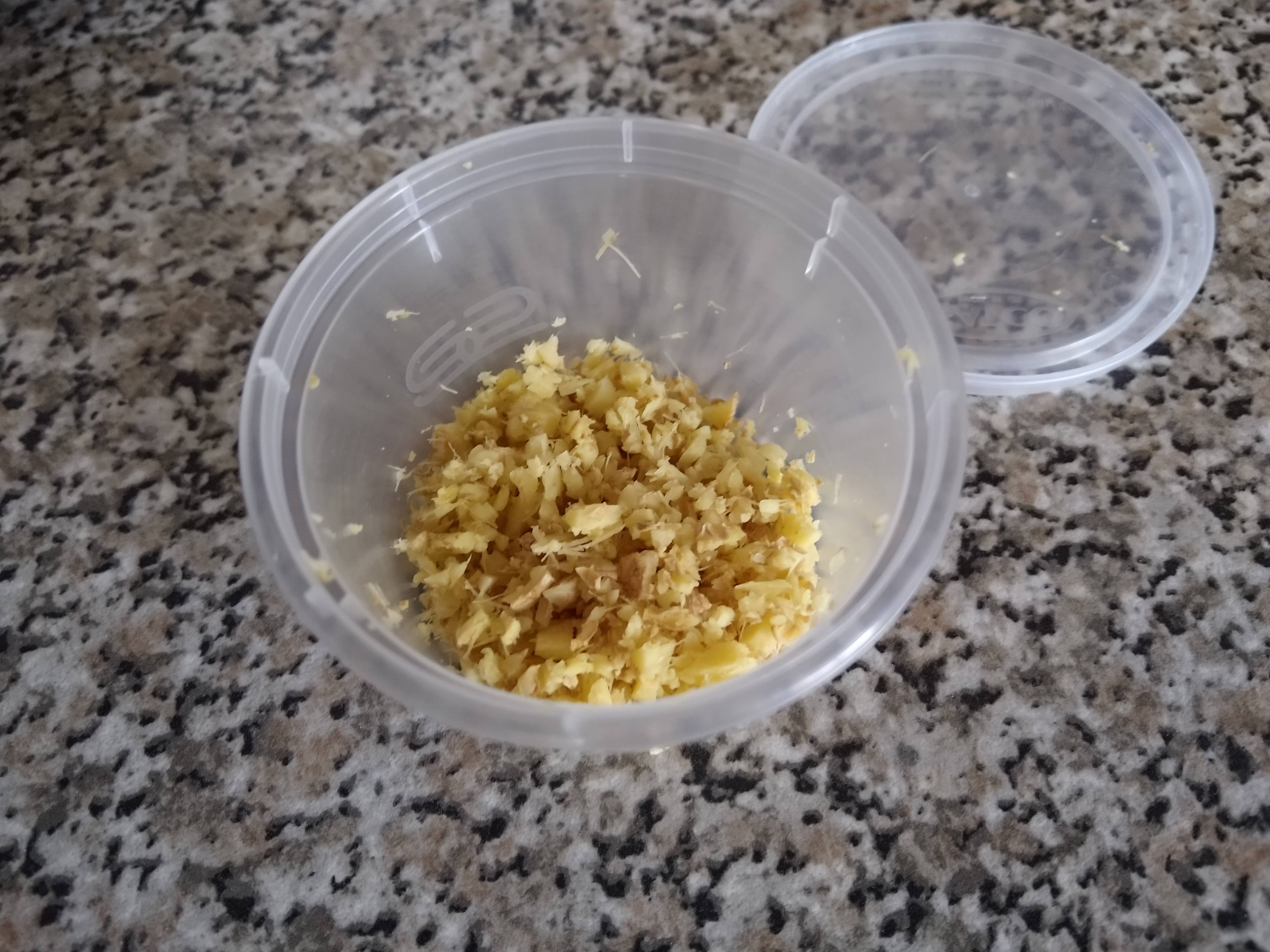 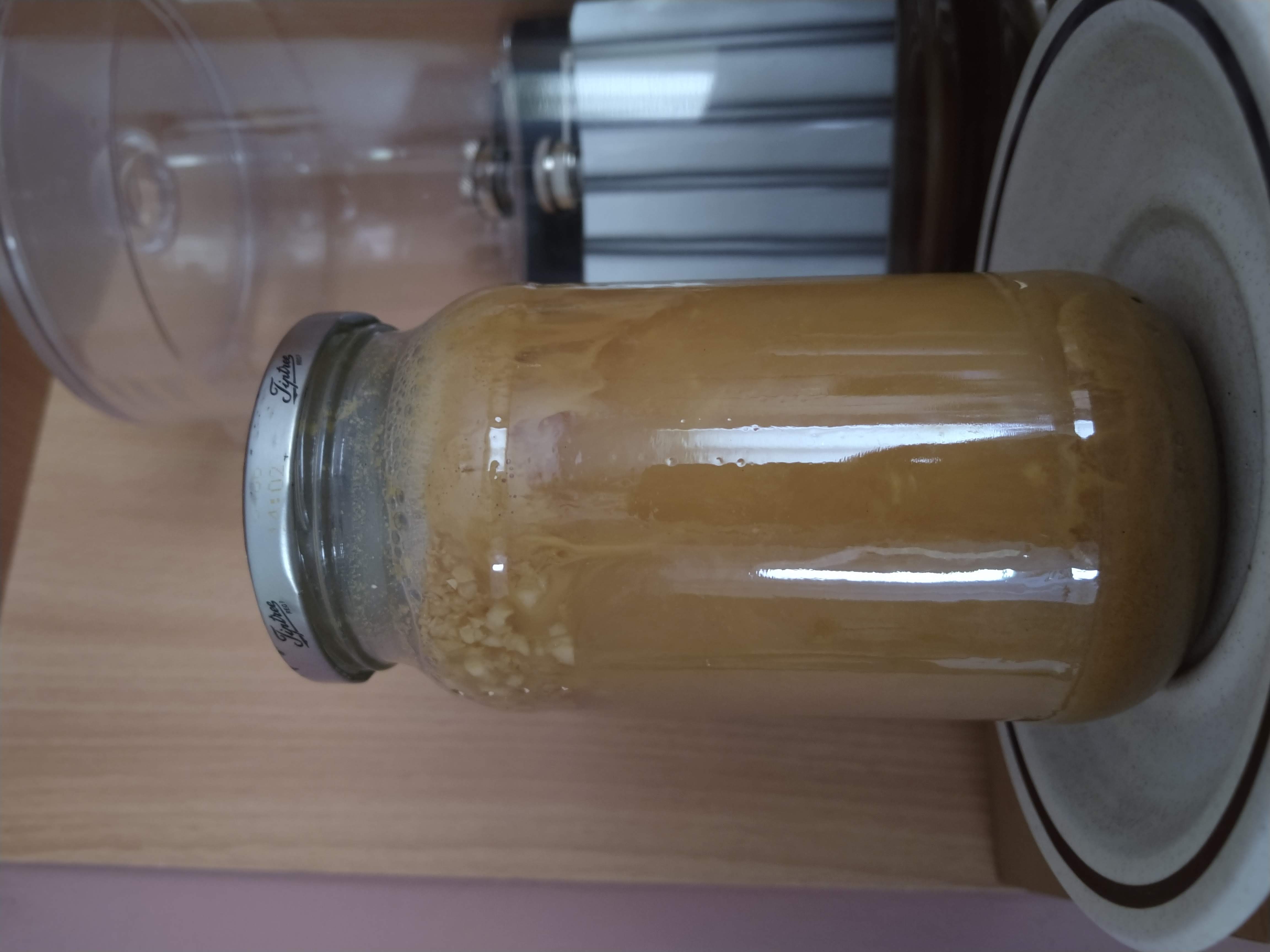 Tasting notes to be added in here over oncoming weeks as the plant develops.

I found the original recipe too sweet (we were drinking it after 1-2 weeks). For the subsequent batches I modified the drink recipe quantities as follows:

This ratio gave it slightly more ginger flavour and without being too sickly sweet. A week or so in the bottle was sufficient to produce the fizz, and was far more refreshing when chilled.